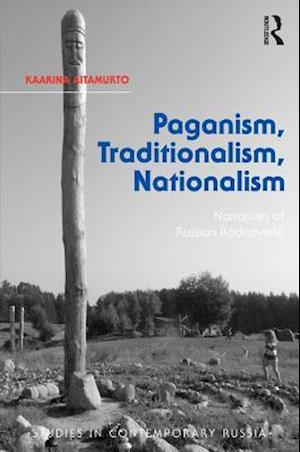 Rodnoverie was one of the first new religious movements to emerge following the collapse of the Soviet Union, its development providing an important lens through which to view changes in post-Soviet religious and political life. Rodnovers view social and political issues as inseparably linked to their religiosity but do not reflect the liberal values dominant among Western Pagans. Indeed, among the conservative and nationalist movements often associated with Rodnoverie in Russia, traditional anti-Western and anti-Semitic rhetoric has recently been overshadowed by anti-Islam and anti-migrant tendencies. Providing a fascinating overview of the history, organisations, adherents, beliefs and practices of Rodnoverie this book presents several different narratives; as a revival of the native Russian or Slavic religion, as a nature religion and as an alternative to modern values and lifestyles. Drawing upon primary sources, documents and books this analysis is supplemented with extensive fieldwork carried out among Rodnoverie communities in Russia and will be of interest to scholars of post-Soviet society, new religious movements and contemporary Paganism in general.