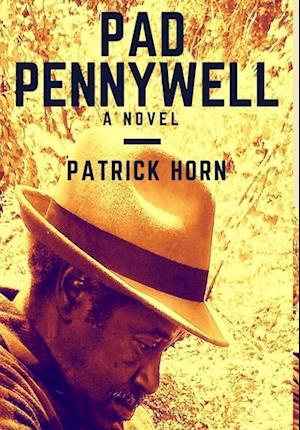 Pad Pennywell By Patrick Horn During post Civil War era reconstruction, former slave Pad Pennywell had hopes of starting a new life with his wife, daughter and adopted family in Texas. Little did Pad know that his life was about to be torn apart, when his family is brutalized by a band of thieves and murderers along the Harrisonburg Rd, a stretch of trail that connects the Natchez trace with the El Camino Real. Taken captive by John West, a psychopathic murderer who's charm and hypocrisy are only matched by his lust for blood and money. Pad's only hope for escape is a group of geriatrics and children that he has befriended over his two years held as West's slave and a confederate veteran gunslinger who's desperately trying to redeem himself from the sins of his past. Pad Must find a way to bring together an unlikely group of vigilantes to save him and his family and try to bring an end to the tyranny of the outlaws. John West wont be an easy mark and will test every ounce of grit that Pad has inside.