indgår i serie After the Empire 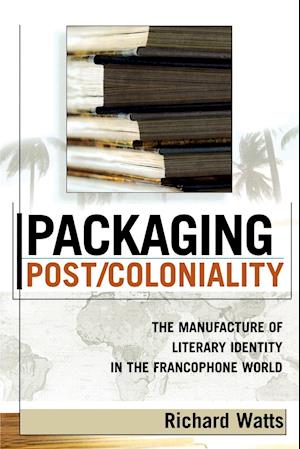 In Packaging Post/Coloniality, Richard Watts breaks from convention and reads Francophone books by their covers, focusing on the package over the content. Watts looks at the ways that the 'paratext'-the covers, illustrations, promotional summaries, epigraphs, dedications, and prefaces or forewords that enclose the text-mediates creative works by writers from sub-Saharan Africa, the Maghreb, the Caribbean, and Southeast Asia whose place in the French literary institution was and remains a source of conflict. In order to be acceptable for French bookstore shelves, the novels, essays, and collections of poetry created in colonial territories were deemed to need explanation and sponsorship by an authority in the field. Watts finds the French mission civilisatrice, or 'civilizing mission,' manifest in prefaces, introductions, and dedications inserted in the books that appeared in the metropole during the height of French imperialism. In the postcolonial era, book packaging reveals a struggle to reverse the power dynamic: Francophone writers introduced each others' texts, yet books still appeared with covers promoting stereotypical images of the Francophone world. This fascinating journey through a particular cultural history of the book is a unique take on the quest for a literary identity. Watts concludes his study by looking at English mediations of Francophone works, with a chapter on reading and teaching Francophone literature in translation.