indgår i serie Were Chronicles 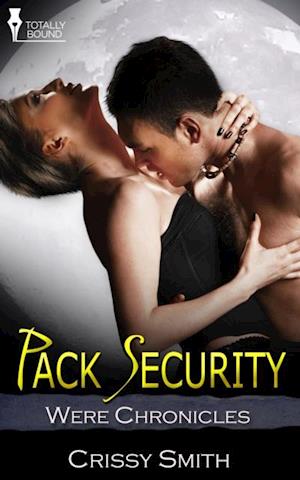 A shy, sexy artist and a man tormented by his past are thrown together for protection and security. It may be up to the two of them to save the Pack...if they can save each other first.Cassandra Wilson's world was just turned upside down. Someone broke into her studio and destroyed the art she'd put her heart and soul into. Pressure from her older brother and her Alpha has her accepting protection from the Beta's brother Max. She finds the ex-military, non-shifter a sexy distraction. But when reality breaks through and reminds Cass that someone is after her, will Max be able to save her?Max Lawson knows he needs to get his act together. The last mission that forced him from the military still haunts him. When he's asked to help guard one of the women in the Pack, Max isn't sure he's the right man for the job. Since he is the only non-shifter around, he's never really felt like he belongs with the others. However, he owes his brother and accepts the job. Cassandra isn't anything like he imagined. She's strong and stubborn and he finds himself falling for her.Max needs to fix himself before he can even think about being the kind of man that Cassandra deserves. Resisting the sweet, sexy artist is easier said than done. When danger threatens to take her away before Max can prove himself to her, he must use everything within himself to fight. Whether he can shiftor not.