- American Statecraft and the Fate of the Asian Peace 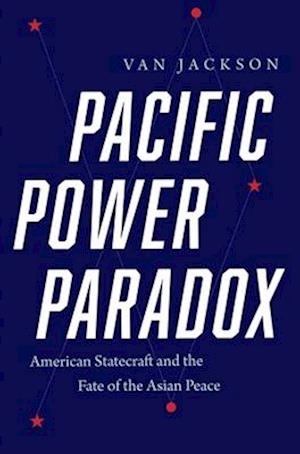 A new history of Asian peace since 1979 that considers America's paradoxical role After more than a century of recurring conflict, the countries of the Asia-Pacific region have managed something remarkable: avoiding war among nations. Since 1979, Asia has endured threats, near-miss crises, and nuclear proliferation but no interstate war. How fragile is this "Asian peace," and what is America's role in it? Van Jackson argues that because Washington takes for granted that the United States is a force for good, successive presidencies have failed to see how their statecraft impedes more durable forms of security and inadvertently embrittles peace. At times, the United States has been the region's bulwark against instability, but America has been a threat to Asian peace as much as it has been its guarantor. By grappling with how America fits into the Asian story, Jackson shows how regional stability has diminished because of U.S. choices, and why America's margin for geopolitical error is less now than ever before.