Oxford Handbook of the Bible in Korea 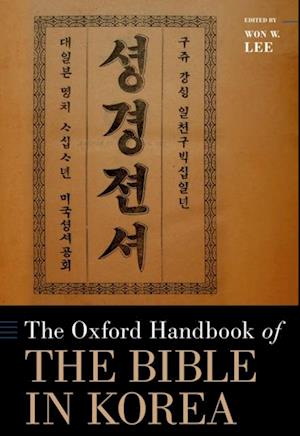 The phenomenon of South Korean Christianity is, in a word, remarkable. In less than 250 years, 29% of South Korea's population adheres to Christianity, a staggering 71% of Korean Americans identify as Christian, and the powerful zeal of Korean Christians to spread the Gospel's influence in South Korea already overshadows other established religious groups (i.e. Buddhism, Confucianism). This phenomenon-particularly the rapid growth and unique interpretation of Christianity among Koreans around the world-is intimately and inextricably tied to how Koreans appropriated the Bible in their religio-cultural and socio-political milieu from the 18th century onward. Less noted and understood, however, is the tapestry of Korean biblical interpretation that emerged from being missionized, colonized, divided, and globalized. These influences reflect a distinctive Korean-ness of biblical interpretation that relates closely to Korean perceptions of divine liberating intervention, and the Korean diaspora that seeks to move beyond oppression. This Handbook offers a comprehensive overview on how the Bible has been used by faith communities in Korea and the Korean diaspora over two centuries. In this volume, noted theologically diverse scholars present representative thinking on creative inculturations of the Bible in Korea. Some conservatively align with received western orthodoxy. Others have a sense of complementarity that informs distinctive accents of Korean Christianity, the long-standing religious traditions of Korea, the diversity of Korea's global diaspora, and the learning of non-Koreans attentive to the impact of the Bible in Korea. Together, this volume presents an exquisite tapestry of Korean biblical interpretation in the making.