Ovidian Bibliofictions and the Tudor Book 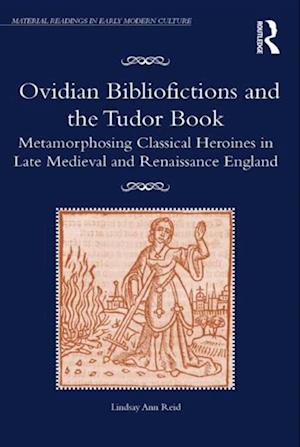 Ovidian Bibliofictions and the Tudor Book examines the historical and the fictionalized reception of Ovid's poetry in the literature and books of Tudor England. It does so through the study of a particular set of Ovidian narratives-namely, those concerning the protean heroines of the Heroides and Metamorphoses. In the late medieval and Renaissance eras, Ovid's poetry stimulated the vernacular imaginations of authors ranging from Geoffrey Chaucer and John Gower to Isabella Whitney, William Shakespeare, and Michael Drayton. Ovid's English proteges replicated and expanded upon the Roman poet's distinctive and frequently remarked 'bookishness' in their own adaptations of his works. Focusing on the postclassical discourses that Ovid's poetry stimulated, Ovidian Bibliofictions and the Tudor Book engages with vibrant current debates about the book as material object as it explores the Ovidian-inspired mythologies and bibliographical aetiologies that informed the sixteenth-century creation, reproduction, and representation of books. Further, author Lindsay Ann Reid's discussions of Ovidianism provide alternative models for thinking about the dynamics of reception, adaptation, and imitatio. While there is a sizeable body of published work on Ovid and Chaucer as well as on the ubiquitous Ovidianism of the 1590s, there has been comparatively little scholarship on Ovid's reception between these two eras. Ovidian Bibliofictions and the Tudor Book begins to fill this gap between the ages of Chaucer and Shakespeare by dedicating attention to the literature of the early Tudor era. In so doing, this book also contributes to current discussions surrounding medieval/Renaissance periodization.