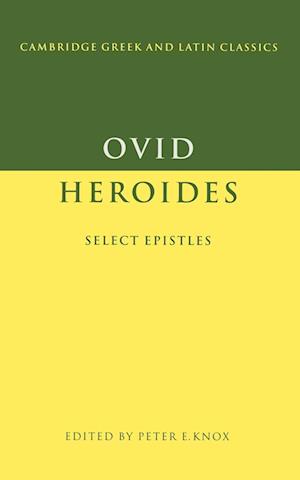 Ovid's Heroides, a collection of twenty-one epistles in elegiac verse, consists of two groups, the first comprising fourteen poems addressed by heroines of mythology to their absent lovers or husbands. In this edition, Professor Knox offers a commentary on seven of these epistles, addressing problems of language and style, and focusing on the relationship of the Heroides to the classic works of Greek and Roman literature on which Ovid bases his representation of these women. In addition, he has included a commentary on the Epistula Sapphus, a separate poem of doubtful authorship which was composed in the manner of Ovid and is believed by many to be by him. The Introduction provides an account of the genre, a survey of language, style and metre, and an outline of the problems concerning the authenticity of parts of the collection.