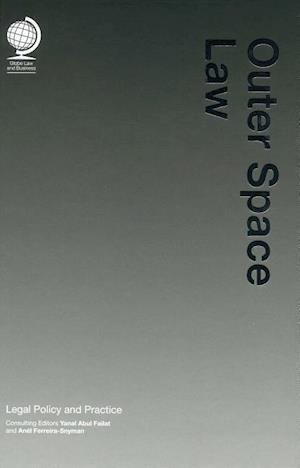 The potential use of space for military purposes has, since the end of the Second World War, been intrinsically linked to the development of space technology and space flight. The political relevance of outer space continues to be recognised by nations, and in particular the strategic benefit of Earth observation from outer space remains an important national security tool. However, because of the dual-use potential of many space applications, the distinction between the military and non-military uses of space is becoming increasingly blurred. The consequent potential for conflict between nations in order to protect their space assets is alarmingly clear.The outer space arena has, however, evolved to increasingly include non-state entities, which are becoming more and more involved in outer space activities. These activities currently comprise the use of satellites for navigation purposes, the transportation of supplies to the International Space Station and the offering of tourist flights into outer space. Today in all space-faring countries, the space industry contributes to national GDP and supports the labour force. It also serves as a catalyst for technological advancement and productivity growth, and has become an integral part of the day-to-day lives of people all around the world.The involvement of private actors in outer space has, however, given rise to a number of legal issues, including questions pertaining to liability, insurance and property rights in space. The current outer space treaties are to a large degree outdated and unable to deal with legal issues arising out of the military and commercial use of outer space.Outer Space Law: Legal Policy and Practice is aimed at readers looking for a single title to understand the key issues relevant to the space sector, with an emphasis on the practical application of those issues. The book will be specifically relevant to legal practitioners, academics and state departments primarily working in the space arena, as well as to those in other related sectors such as IT and media, insurance and political science. Edited by Yanal Abul Failat, lawyer at the international law firm LXL LLP, and Professor Anel Ferreira-Snyman, a professor of law specialising in international space law at the University of South Africa, the book includes contributions by leading experts from space agencies, space venturers, lawyers, economists, insurers, academics and financiers.

Forfattere
Bibliotekernes beskrivelse Outer Space Law: Legal Policy and Practice' is aimed at readers looking for a single title to understand the key issues relevant to the space sector, with an emphasis on the practical application of those issues.