indgår i serie Soas/ Routledge Studies on the Middle East 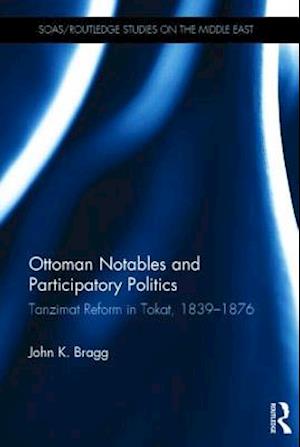 Focussing on events in the Anatolian town of Tokat during the final two decades of the great Ottoman legal and administrative reforms known as the Tanzimat (1839-76), this book applies elements of social networking theory to analyze and assess the establishment of local governments across the Middle East.The author's key finding is that the state's efforts to centralize authority succeeded only when and where locals acted as the primary agents of change. Independent notables, such as the military a'yan, demanded wealth and state offices in exchange for meting out reform measures according to local idioms of power. Newly created administrative bodies also offered greater social mobility to a growing multiconfessional middle-class in small towns like Tokat. The state was desparate to reform, but opportunistic provincials were eager to have it only on their own terms.Challenging false assumptions about the limited scope of participatory politics in the Middle East during the nineteenth century, Ottoman Notables and Participatory Politics will be of interest to students and scholars of Political Economy, History and Middle East Studies.