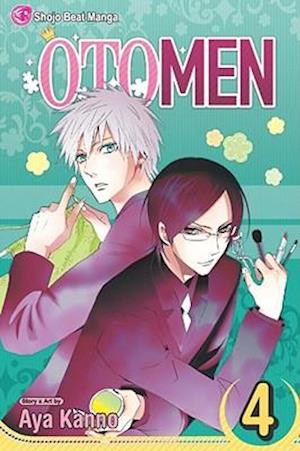 Having Girly Hobbies Doesn't Make You Less Manly R to L (Japanese Style). With Ryo's birthday around the corner, Asuka's all aflutter making preparations for the festivities. Best-laid plans tend to go awry, however...especially when Ryo already has plans with another man Asuka Masamune is a guy who loves girly things--sewing, knitting, making cute stuffed animals and reading shojo comics. But in a world where boys are expected to act manly, Asuka must hide his beloved hobbies and play the part of a masculine jock instead. Ryo Miyakozuka, on the other hand, is a girl who can't sew or bake a cake to save her life. Asuka finds himself drawn to Ryo, but she likes only the manliest of men Can Asuka ever show his true self to anyone, much less to the girl that he's falling for?

Forfattere
Bibliotekernes beskrivelse With Ryo's birthday around the corner, Asuka's all aflutter making preparations for the festivities. But best-laid plans tend to go awry--especially when Ryo already has plans with another man.