- Occult Rhetoric in His Poems and Plays 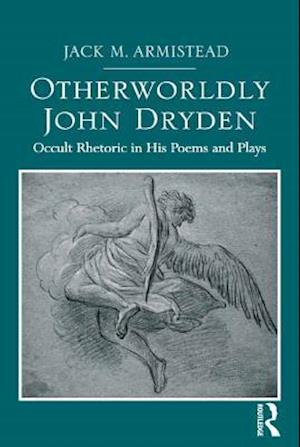 Reminding readers of John Dryden's persistent use of occult rhetoric, Jack M. Armistead argues that Dryden's otherworldliness involves more than Christian apologetics, biblical typology, or intermittent borrowings from the supernatural materials in classical literature. Rather, it manifests throughout his career in occult materials drawn from many traditions, including but going well beyond the standard classical and Christian ones. As Armistead shows, Dryden's practice of juxtaposing pre- and post-scientific treatments of such occult topics as alchemy, astrology, and demonology pervades many of his poems and plays. In its engagement with works such as The Indian Queen, Annus Mirabilis, All for Love, and Absalom and Achitophel, among many others, Otherworldly John Dryden not only enhances our understanding of Dryden's works, but also tracks the writer's attitudes about Providence and the ability of the poet to perceive a hidden design in earthly events.