Oswald: Return of the King

- Return of the King

indgår i serie The Northumbrian Thrones 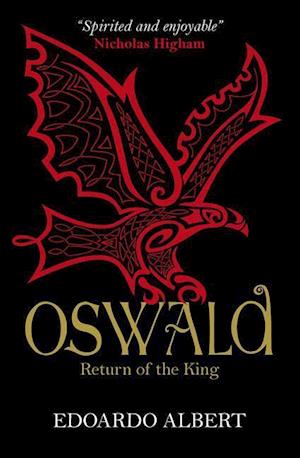 The exiled family of King AEthelfrith of Northumbria arrive, after much hardship, on the island of Iona, where the monastery founded by St Columba has become a centre of worship and learning. Young Oswald becomes firm friends with a novice, Aidan. When Aidan professes his final vows, Oswald and his little brother Oswy are received into the church. As befits a young prince, Oswald learns to fight. However, Aidan's example attacts him and he is on the point of deciding to become a monk when news reaches Iona that his half brother, Eanfrith, has been killed by Cadwallon, the king who defeated Edwin. Oswald sails back to Northumbria and meets Cadwallon in battle, defeating and killing him. Oswald, now undisputed king of Northumbria, gives Aidan the island of Lindisfarne as his base. But Penda, the last great pagan king in England, is raising troops against him ...

Forfattere
Bibliotekernes beskrivelse The second book in The Northumbrian Thrones series. After the death of Edwin, who slew his father, the young prince Oswald seeks to regain the throne.