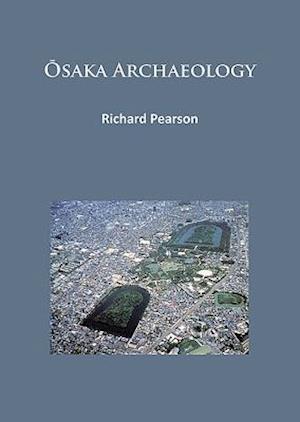 Osaka, now a city of 19 million inhabitants, was the economic powerhouse of Japan for two thousand years and remains an important international center. In an unusual archaeological treatment of regional long-term history, Richard Pearson proposes that a kind of entrepreneurial mentality motivated leaders to expand the economy through projects of all kinds. He summarizes results of decades of Japanese intensive archaeological study of these projects and introduces some local museums conserving and interpreting cultural heritage in the face of overwhelming urbanization. The Osaka Plain was the scene of vigorous Palaeolithic and Jomon hunting and gathering communities and large agricultural villages during the Yayoi Period, and was the political center of Japan for parts of the Kofun, Asuka and Nara Periods. In the 5th century AD some of the largest burial mounds in the world were built there. Later it was an area of rich and powerful manors in the Heian and Kamakura Periods. At the end of the Chusei (Mediaeval) Period, the city of Sakai emerged as the financial center of Japan. and Osaka Castle briefly dominated the region. Working in tandem with the adjacent Nara and Kyoto Basins, Osaka was a center of innovation and economic, social, and cultural exchange between the Japanese Islands and coastal Asia.

Forfattere
Bibliotekernes beskrivelse This book summarizes results of decades of Japanese intensive archaeological study and introduces some local museums conserving and interpreting cultural heritage in the face of overwhelming urbanization. Illustrated throughout in black & white