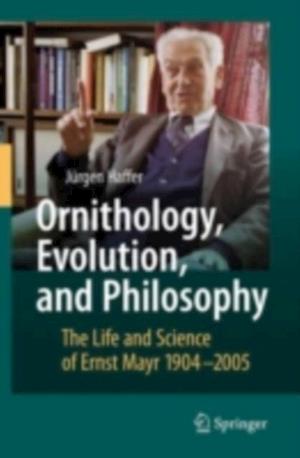 Ernst Mayr (1904-2005), eminent naturalist-systematist and ornithologist, '- chitect' of the Synthetic Theory of Evolution, leading evolutionary biologist and in?uential historian and philosopher of biology, was asked repeatedly by friends, associates, and peers to write an autobiography, but he always declined such s- gestions because he considered those of other people he knew as inadequate. Moreover, he could not very well talk about himself without bragging, which did not appeal to him. Who else has had a private dinner with the Emperor and - pressofJapan?WhoelsehashadhonorarydegreesfromtheUniversitiesofOxford, Cambridge, Harvard, the Sorbonne, Uppsala, and Berlin? And who else has been able to celebrate the 75th anniversary of his PhD? He also published several au- biographicalaccounts,dictatedcopiousautobiographicalnotes,andannotatedhis bibliography. I had the privilege of using these notes and, in addition, of asking him numerous questions, which he answered patiently in many personal letters. He supported the plan of a biography wholeheartedly from the beginning and reviewed a ?rst draft in detail. In many ways he should be considered a coauthor of this book. As a high school student and eager birdwatcher in Germany, I read Kramer's (1948) extensive review of Mayr's Systematics and the Origin of Species (1942e) and was impressed with the general evolutionary relevance of the discussions and conclusions in this book based, in large part, on his ornithological studies.