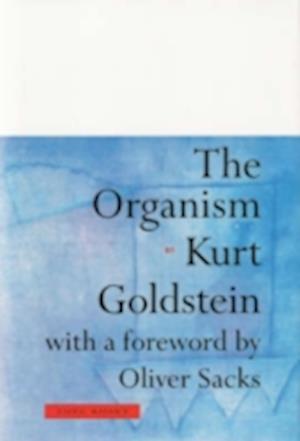 Foreword by Oliver Sacks Kurt Goldstein (1878-1965) was already an established neuropsychologist when he emigrated from Germany to the United States in the 1930s. This book, his magnum opus and widely regarded as a modern classic in psychology and biology, grew out of his dissatisfaction with traditional natural science techniques for analyzing living beings. It offers a broad introduction to the sources and ranges of application of the "holistic" or "organismic" research program that has since become a standard part of biological thought. Goldstein was especially concerned with the breakdown of organization and the failure of central controls that take place in catastrophic responses to situations such as physical or mental illness. But he was equally attuned to the amazing powers of the organism to readjust to such catastrophic losses, if only by withdrawal to a more limited range that it could manage by a redistribution of its reduced energies, thus reclaiming as much wholeness as new circumstances allowed. Goldstein's theses in The Organism have had an important impact on philosophical and psychological thought throughout the twentieth century, as evidenced in the work of Maurice Merleau-Ponty, Georges Canguilhem, Ernst Cassirer, and Ludwig Binswanger.