- How Britain has resolved everyday problems, from dog fouling to double parking 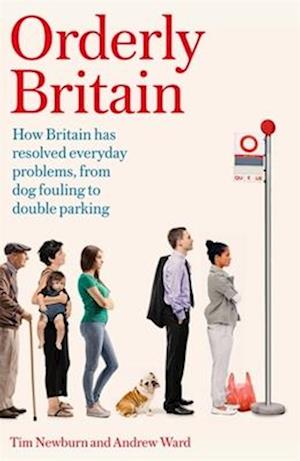 All societies, in their very different ways, are orderly. The very term 'society' implies the existence of a degree of organisation and predictability to human life. Orderliness, however, is a matter of degree. It is neither total, nor totally absent. In recent times, however, such concerns have largely given way to a greater preoccupation with disorderliness: with significant and disruptive social change; with rising crime and anti-social behaviour; and with a variety of other social problemsBut what has really been happening? How should we think about the nation's changing social order over the last seventy years? In Orderly Britain, Newburn and Ward focus on such commonplace, prosaic and mundane matters as dog-fouling, swearing, drinking, smoking, nudity, public toilets, and parking. These everyday matters, they argue, have much to tell us about social change and, more particularly, about the changing nature of British society.Written in an accessible style, full of quirky tales, this book provides an unusual approach to recent British social history. We read about social-order problems, boiling-point incidents, and the emergence of new expectations and control systems through our chosen topics. Through accessible, intriguing, prosaic tales - the hounding of beatniks in Cornwall in the 1960s, the banning of dogs from Burnley parks in the 1970s, the London parking crisis of the 1980s, the Naked Rambler in the 2000s - Orderly Britain reflects on the deeper sociological roots of our changing social order.In Orderly Britain the authors argue that post-war British society, in many respects, pays significantly greater attention to the issue of ordering and to laying down rules and regulations about conduct. Yes, elements of our lives are increasingly privatised but much of our behaviour is visible in ways and to extents never previously encountered - not least via electronic media. Consumerism, though it may have stimulated extraordinary acquisitiveness has also brought with it a huge array of administrative and technical regulations about matters as varied as food safety, the supply and sale of goods, and domestic animal welfare. In fact, there is considerable evidence that we have become more concerned about order, and more rule-bound by laws and regulations setting out the parameters of orderliness and how it is to be maintained. As a means of illustrating this argument, our first step along the road is toward the issue of dog-shit and what we do with it. Naturally, we must tread carefully.

Forfattere
Bibliotekernes beskrivelse By focusing on such commonplace, prosaic and mundane matters as dog-fouling, swearing, drinking, smoking, nudity, public toilets and parking, Orderly Britain very entertainingly tells us much about social change and, more particularly, about the changing nature of British society. N/A