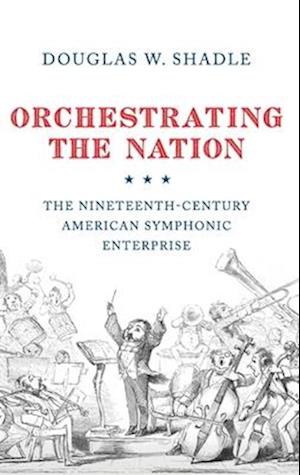 During the nineteenth century, nearly one hundred symphonies were written by over fifty composers living in the United States. With few exceptions, this repertoire is virtually forgotten today. In Orchestrating the Nation: The Nineteenth-Century American Symphonic Enterprise, author Douglas W. Shadle explores the stunning stylistic diversity of this substantial repertoire and uncovers why it failed to enter the musical mainstream.Throughout the century, Americans longed for a distinct national musical identity. As the most prestigious of all instrumental genres, the symphony proved to be a potent vehicle in this project as composers found inspiration for their works in a dazzling array of subjects, including Niagara Falls, Hiawatha, and Western pioneers. With a wealth of musical sources at his disposal, including never-before-examined manuscripts, Shadle reveals how each component of the symphonic enterprise-from itscomposition, to its performance, to its immediate and continued reception by listeners and critics-contributed to competing visions of American identity.Employing an innovative transnational historical framework, Shadle's narrative covers three continents and shows how the music of major European figures such as Beethoven, Schumann, Wagner, Liszt, Brahms, and Dvorak exerted significant influence over dialogues about the future of American musical culture. Shadle demonstrates that the perceived authority of these figures allowed snobby conductors, capricious critics, and even orchestral musicians themselves to thwart the efforts of Americansymphonists despite widespread public support of their music. Consequently, these works never entered the performing canons of American orchestras.An engagingly written account of a largely unknown repertoire, Orchestrating the Nation shows how artistic and ideological debates from the nineteenth century continue to shape the culture of American orchestral music today.

Forfattere
Bibliotekernes beskrivelse During the nineteenth century, nearly one hundred symphonies were written by over fifty composers living in the United States.