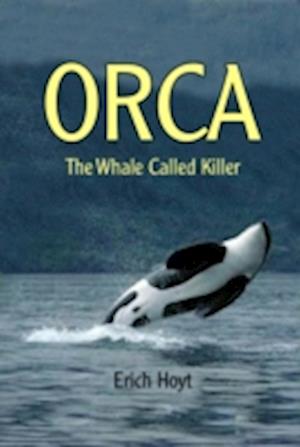 'Hoyt's passionate sense of kinship with orca makes his account effective as both a science and literature. He has chronicled his adventures and discoveries ...with grace, insight, wit--and a comprehensiveness that might satisfy even Herman Melville.'(Discover Magazine) Star performers in aquariums and marine parks, killer whales were once considered to be too dangerous to approach in the wild. Erich Hoyt and his colleagues spent seven summers following these intelligent and playful creatures in the waters off northern Vancouver Island, intent on dispelling the killer myth. Orca: The Whale Called Killer is Hoyt's exciting account of those summers of adventure and discovery, and the definitive, classic work on the orca or killer whale. The Free Willy films, inspired in part by Hoyt's pioneering writing about orcas, tell the story of a captive orca being returned to the wild. (Hoyt, in fact, recommended Keiko, the orca who became the star of Free Willy, to Warner Bros.) But Orca: The Whale Called Killer tells the true story of wild orcas befriending humans.