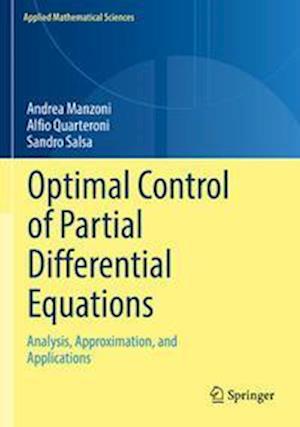 This is a book on optimal control problems (OCPs) for partial differential equations (PDEs) that evolved from a series of courses taught by the authors in the last few years at Politecnico di Milano, both at the undergraduate and graduate levels. The book covers the whole range spanning from the setup and the rigorous theoretical analysis of OCPs, the derivation of the system of optimality conditions, the proposition of suitable numerical methods, their formulation, their analysis, including their application to a broad set of problems of practical relevance.The first introductory chapter addresses a handful of representative OCPs and presents an overview of the associated mathematical issues. The rest of the book is organized into three parts: part I provides preliminary concepts of OCPs for algebraic and dynamical systems; part II addresses OCPs involving linear PDEs (mostly elliptic and parabolic type) and quadratic cost functions; part III deals with more general classes of OCPs that stand behind the advanced applications mentioned above.Starting from simple problems that allow a "hands-on" treatment, the reader is progressively led to a general framework suitable to face a broader class of problems. Moreover, the inclusion of many pseudocodes allows the reader to easily implement the algorithms illustrated throughout the text.The three parts of the book are suitable to readers with variable mathematical backgrounds, from advanced undergraduate to Ph.D. levels and beyond. We believe that applied mathematicians, computational scientists, and engineers may find this book useful for a constructive approach toward the solution of OCPs in the context of complex applications.