Optical Processes In Microparticles And Nanostructures: A Festschrift Dedicated To Richard Kounai Chang On His Retirement From Yale University 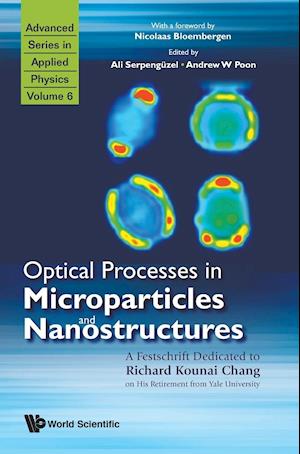 This Festschrift is a tribute to an eminent scholar, scientist and engineer, Professor Richard Kounai Chang, on his retirement from Yale University on June 12, 2008. During approximately half of a century of scientific and technological exploration, Professor Chang contributed to the development of linear and nonlinear optics, novel photonic light localization devices, surface second harmonic generation, surface-enhanced Raman scattering, and novel optical methods for detecting airborne aerosol pathogens. This volume contains a collection of articles contributed by former students, collaborators, and colleagues of Professor Chang, who are leaders in academia, national laboratories and industrial research all over the world. The topics cover important optical science and technology areas including linear and nonlinear spectroscopy, linear and nonlinear optics in microparticles, linear and nonlinear spectroscopy of bioaerosols, optical microcavities and nanostructures, and photoscapes or multidisciplinary applications.

Forfattere
Bibliotekernes beskrivelse A tribute to the eminent scholar, Professor Richard Kounai Chang, on his retirement from Yale University on June 12, 2008. It covers topics that span a diverse scope in applied optics frontiers, many of which are rooted in Professor Chang's research.