- The Construction of Oppositional Meaning 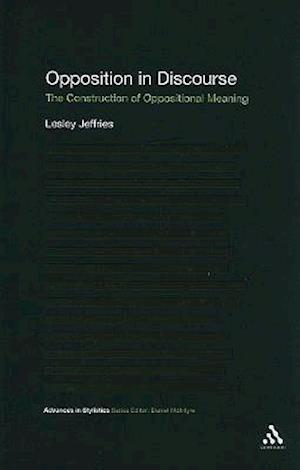 Lesley Jeffries introduces a phenomenon which has not been given the attention it deserves - the contextual construction of oppositional meaning. These are opposites not recognisable as such out of context but that are clearly set up this way in the text concerned. The significance of oppositional meaning is well-known, and has been discussed by scholars for millennia, from Philosophy to Politics. But the main emphasis has always been on the conventional opposite: the opposite recognised by lexical semantics. Starting from socio-cultural viewpoints, moving to original research and then concluding with a new theoretical formulation, this book introduces and consolidates a significant new approach to the analysis of oppositional meaning. It closes with a discussion of the importance of constructed opposition in hegemonic practice and makes a case for the inclusion of opposition as a central tool of critical discourse analysis. It will be essential reading for researchers and graduates in stylistics, linguistics and language studies.