Operations of the Armée Du Nord

indgår i serie Operations of the Armee Du Nord 1815 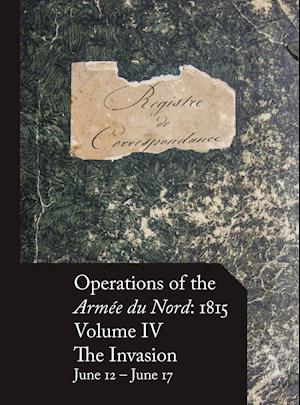 The first duty of one who wishes to faithfully write the history of a modern-day war is to obtain the orders, dispatches and reports that were sent and received throughout its duration. These documents in their entirety form what one may call the framework for the history of that war, a cornerstone upon which the author must build his work. Previous historians of the 1815 campaign seem not to have been concerned with this necessity and have for this reason produced incomplete accounts filled with falsehoods, the most serious of which was to accuse Napoleon of intentions he had never had. While it is nearly impossible to gather every last order, dispatch and report relating to the war of 1815, one may, through diligent research, acquire as great a number as possible. Heretofore, we have merely been aware of the few orders published by Marshal Grouchy based on his correspondence book and that of Marshal General Soult.

Colonel Baron Stoffel wrote the above in 1905. It remains true to this day.

The Operations of the Arm e du Nord 1815 is the definitive collection of French correspondence for the Waterloo campaign. Thousands of pages of transcriptions - with many hundreds representing new material seen within these pages for the first time.

The Invasion contains the daily correspondence starting with June 12, the day Soult implemented the final concentration orders, through June 17, the day before the climatic battle of Waterloo.

The volumes of this series provide thousands of transcriptions of French correspondence, and represent a major step in realizing Stoffel's vision.