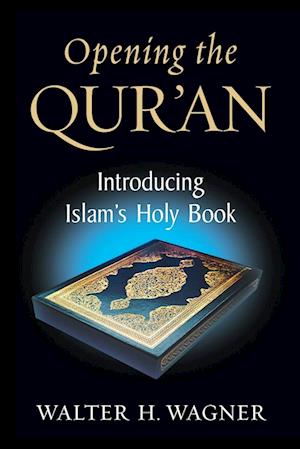 Opening the Qur'an can be a bewildering experience to non-Muslim, English-speaking readers. Those who expect historical narratives, stories, or essays on morals are perplexed once they pass the beautiful first Surah, often shocked and then bogged down by Surah 2, and even offended by Surah 3's strictures against nonbelievers. Walter H. Wagner "opens" the Qur'an by offering a comprehensive and extraordinarily readable, step-by-step introduction to the text, making it accessible to students, teachers, clergy, and general readers interested in Islam and Islam's holy Book.

Wagner first places the prophet Muhammad, the Qur'an, and the early Muslim community in their historical, geographical, and theological contexts. This background is a basis for interpreting the Qur'an and understanding its role in later Muslim developments as well as for relationships between Muslims, Jews, and Christians. He then looks in detail at specific passages, moving from cherished devotional texts to increasingly difficult and provocative subjects. The selected bibliography serves as a resource for further reading and study. Woven into the discussion are references to Islamic beliefs and practices. Wagner shows great sensitivity toward the risks and opportunities for non-Muslims who attempt to interpret the Qur'an, and sympathy in the long struggle to build bridges of mutual trust and honest appreciation between Muslims and non-Muslims.