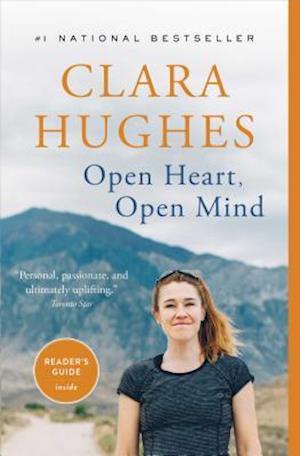 The long-awaited memoir by Canada's most celebrated Olympian and advocate for mental health. From one of Canada's most decorated Olympians comes a raw but life-affirming story of one woman's struggle with depression. In 2006, when Clara Hughes stepped onto the Olympic podium in Torino, Italy, she became the first and only athlete ever to win multiple medals in both Summer and Winter Games. Four years later, she was proud to carry the Canadian flag at the head of the Canadian team as they participated in the opening ceremony of the Vancouver Olympic Winter Games. But there's another story behind her celebrated career as an athlete, behind her signature billboard smile. While most professional athletes devote their entire lives to training, Clara spent her teenage years using drugs and drinking to escape the stifling home life her alcoholic father had created in Elmwood, Winnipeg. She was headed nowhere fast when, at sixteen, she watched transfixed in her living room as gold medal speed skater Ga tan Boucher effortlessly raced in the 1988 Calgary Olympics. Dreaming of one day competing herself, Clara channeled her anger, frustration, and raw ambition into the endurance sports of speed skating and cycling. By 2010, she had become a six-time Olympic medalist. But after more than a decade in the gruelling world of professional sports that stripped away her confidence and bruised her body, Clara began to realize that her physical extremes, her emotional setbacks, and her partying habits were masking a severe depression. After winning bronze in the last speed skating race of her career, she decided to retire from that sport, determined to repair herself. She has emerged as one of our most committed humanitarians, advocating for a variety of social causes both in Canada and around the world. In 2010, she became national spokesperson for Bell Canada's Let's Talk campaign in support of mental health awareness, using her Olympic standing to share the positive message of the power of forgiveness. Told with honesty and passion, Open Heart, Open Mind is Clara's personal journey through physical and mental pain to a life where love and understanding can thrive. This revelatory and inspiring story will touch the hearts of all Canadians.