- Space, Interaction, and the Tradition of Oskar Hansen 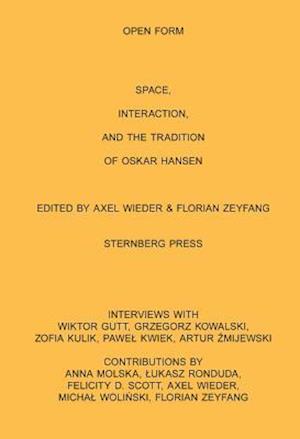 Oskar Hansen's (1922-2005) theoretical concept of "open form" was developed in the context of international debates around late-modern architecture in the 1950s. Open form assumed that no artistic expression is complete until it has been appropriated by its users or beholders. In the following decades, the concept became a key principle of performance and film art, and led to the development of process-oriented and interdisciplinary artistic techniques. Hansen's concept revolutionized the traditional means of artistic communication.

This publication examines the impact of Hansen's ideas within contemporary visual culture and the redefined role of the viewer since the 1960s. The book includes in-depth interviews with some of the most important protagonists of experimental art in Poland, who investigate the historical impact of the open form. Other contributions comment on the theory's influence on a younger generation of artists. Visual material by Hansen and the artists complete this extensive volume.