Ontological Politics in a Disposable World

- The New Mastery of Nature 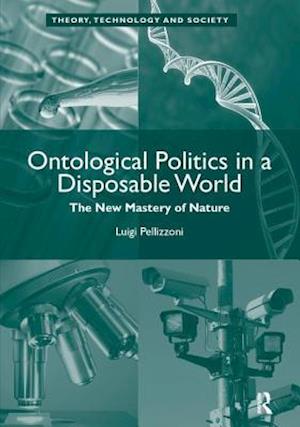 This book explores the intertwining of politics and ontology, shedding light on the ways in which, as our ability to investigate, regulate, appropriate, 'enhance' and destroy material reality have developed, so new social scientific accounts of nature and our relationship with it have emerged, together with new forms of power. Engaging with cutting-edge social theory and elaborating on the thought of Foucault, Heidegger, Adorno and Agamben, the author demonstrates that the convergence of ontology with politics is not simply an intellectual endeavour of growing import, but also a governmental practice which builds upon neoliberal programmes, the renewed accumulation of capital and the development of technosciences in areas such as climate change, geoengineering and biotechnology. With shifts in our accounts of nature have come new means of mastering it, giving rise to unprecedented forms of exploitation and destruction - with related forms of social domination. In the light of growing social inequalities, environmental degradation and resource appropriation and commodification, Ontological Politics in a Disposable World: The New Mastery of Nature reveals the need for new critical frameworks and oppositional practices, to challenge the rationality of government that lies behind these developments: a rationality that thrives on indeterminacy and an account of materiality as comprised of fluid, ever-changing states, simultaneously agential and pliable, to which social theory increasingly subscribes without questioning enough its underpinnings and implications. A theoretically sophisticated reassessment of the relationship between ontology and politics, which draws the contours of a renewed humanism to allow for a more harmonious relationship with the world, this book will appeal to scholars in social and political theory, environmental sociology, geography, science and technology studies and contemporary European thought on the material world.