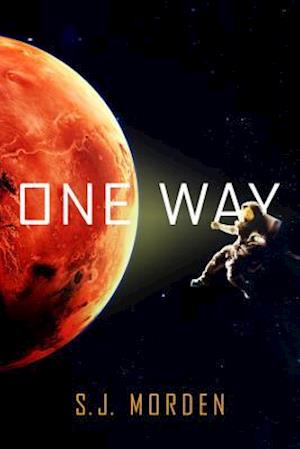 Stranded on Mars with seven other convicts, one man must fight for survival on a planet where everyone's a killer in this edge-of-your-seat science fiction thriller for fans of The Martian.

Former architect Frank Kittridge is serving life for murdering his son's drug dealer, so when he's offered a deal by the corporation that owns the prison - he takes it. He's been selected to help build the first permanent base on Mars. Unfortunately, his crewmates are just as guilty of their crimes as he is. As the convicts set to work on the frozen wastes of Mars, the accidents multiply. Until Frank begins to suspect they might not be accidents at all . . .

Dr. S. J. Morden trained as a rocket scientist before becoming the author of razor-sharp, award-winning science fiction. Perfect for fans of Andy Weir's The Martian and Richard Morgan, One Way takes off like a rocket, pulling us along on a terrifying, epic ride with only one way out.