- The life and times of a recording studio engineer 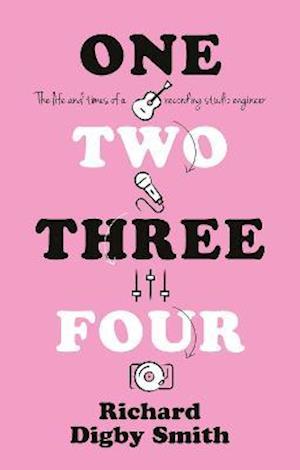 In 1969, Chris Blackwell, the founder of Island Records, transformed a de-consecrated church in Notting Hill Gate, West London, into the Basing Street Studios. January 1st 1970, Richard Digby Smith, aged 19, arrived fresh from Birmingham to join the team at Island Records as a staff engineer. This independent record label developed the careers of some of Britain's leading artists of the day including Bob Marley, Free, Traffic, Cat Stevens, and many more. The studio doors were also open to many of the leading musicians of the period, including Led Zeppelin, Stephen Stills, Harry Nilsson and Joe Cocker... This memoir is a first-hand account of the early history of an innovative and iconic recording studio. It also details Richard Digby Smith's eclectic and extensive repertoire after spending almost 50 years behind the glass in London, Los Angeles and around the world. Alongside his tales of recording experiences, this book gives a first-hand insight into life in Los Angeles during the early 70s, mingling with the Hollywood elite, his battle with drug and alcohol addiction, through to his return to the UK in the mid 80s. During his career he has played an instrumental role in making Bob Marley, Eric Clapton, Led Zeppelin, Elton John, Paul McCartney, Robert Palmer and The London Symphony Orchestra sound even better. For a two week period in the late 90s he was the most successful recording engineer on the planet with number one albums simultaneously in the UK and the Far East.

Forfattere
Bibliotekernes beskrivelse This memoir is a first-hand account of the early history of an innovative and iconic recording studio.