One Thing Leads to Another... 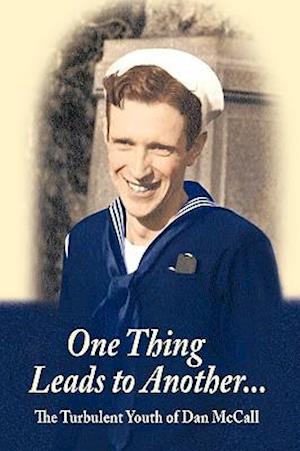 When his father's bankruptcy lands him, at age 9, in an orphanage in Springfield, Massachusetts, Dan McCall escapes to live in a hotel room with his dad, and of necessity to learn independence. He follows his natural curiosity about people into ceaseless adventures - exploring ethnically-mixed city streets, hitchhiking New England roads, hiking the Appalachian Trail, and enrolling in Depression-era summer military programs. Along the way, Dan discovers and nurtures his own deep love of learning; he haunts public libraries, engages teachers and school friends, and rebels against his Irish Catholic heritage. Lacking money for college, he rides the rails across country to harvest crops and falls in with a series of down-and-outers scrambling to make a living. He flirts with communism and socialism, and stays briefly on a farm with intellectuals creating their own institution of learning. Dan is ultimately caught up in World War II, where his experience as a hospital orderly places him in the South Pacific as a medic slated to go ashore in battle. This often-rollicking and always fascinating coming-of-age story, which ends as Dan enters college, is in the category of adventures too amazing to be fiction.