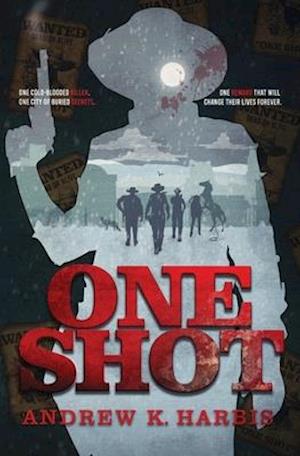 When rancher Travis Channer hears of a $15,000 reward for the capture of a mysterious killer known only as One-Shot, he returns to Moonsong - the city that ousted him as sheriff a decade ago. With his family's ranch facing bankruptcy, the maligned former sheriff must confront the mistakes of his past to solve the mystery of One-Shot and claim the reward.

Meanwhile, small-time thief Aiden hopes the reward money will save his sick mother's life. As he joins the hunt for the killer, he unexpectedly encounters Laura, Travis's charismatic daughter, who escaped to the city seeking to forge a life of her own. Together they unearth a dangerous secret that threatens their lives and the future of the entire city.

The closer they come to the truth, the more secrets they uncover, and as the danger escalates, the higher the stakes become.¿

One Shot is a page-turning read set in a fictional county in the American West with a host of unforgettable characters and twists and turns that will keep you on edge right until the very end!