indgår i serie One Piece 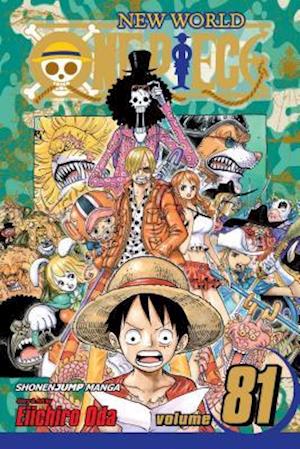 As a child, Monkey D. Luffy dreamed of becoming King of the Pirates. But his life changed when he accidentally gained the power to stretch like rubber...at the cost of never being able to swim again! Years later, Luffy sets off in search of the "One Piece," said to be the greatest treasure in the world... Luffy and the Straw Hat pirates have reunited in Zou but the country is on the verge of collapse. While uncovering the secrets of what happened to this animal kingdom, the Straw Hats also search for the whereabouts of their missing crewmate, Sanji.

Forfattere
Bibliotekernes beskrivelse Join Monkey D. Luffy and his swashbuckling crew in their search for the ultimate treasure, One Piece!