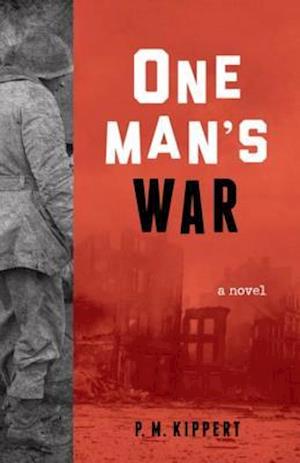 One Man's War is a gripping novel that follows the journey of one man, Bob Kafak, through World War II. It takes you where he fought, what he saw, what he did, and how he felt. The story focuses on this single man and his experiences as a rifleman in a frontline company during the war and it makes visceral the fear, the filth, and the cold that was his constant companion. Kafak is a reluctant hero who intentionally pisses off the brass every time he does something heroic and gets promoted because he has seen too many of his commanding officers get blown to pieces and he doesn't want to be the next. He fights from the beaches of Anzio, battles up through Southern France toward Germany, facing one terrible heart pounding encounter after another. The story is intensely focused on Kafak and the six feet of ground for which he battles, purposely leaving the wider implications of the war unspoken since that was the condition in which most soldiers on the front lines fought.