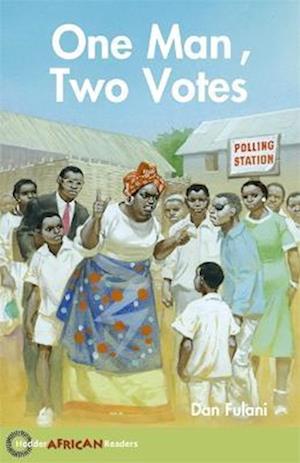 A strong, vibrant and attractive supplementary reader for African schools that is designed to appeal to both boys and girls.One Man, Two VotesAfter the mysterious death of their chief, the Longuda people have to elect his successor. Adventurous Jenga and Shika expose the corruption that threatens the election and at the same time learn a great deal about their ancient traditions.The Hodder African Reader Series:These are high-interest and highly-motivating adventure and action stories which attract the reader's attention and hold it through the story.Other titles in the series include:- The Fearless Four - The Fearless Four: Hijack! - The Fearless Four and the Graveyard Ghost - The Fearless Four and the Smugglers - Twin Trouble - Dead Men's Bones - Sauna and the Drug Pedlars - Time Bomb - The Power of Corruption - God's Case: No Appeal - Magic, Mystery and Mister Prince - One Man, Two Votes