- The man behind the Hatton Garden heist 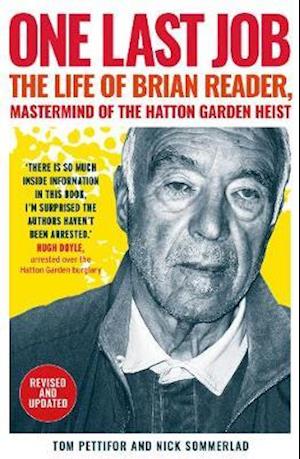 Featuring two exclusive bonus chapters on the trial of Basil, the last Hatton Garden gang member to be caught.ONE LAST JOB was the only book on the Hatton Garden Heist to correctly predict the identity of Basil.This new edition reveals the full story of Michael Seed, Reader's mysterious protege, by the only writers to cover his recent trial in full. The son of a Cambridge DNA pioneer, he inherited his father's brilliant mind, but used it for a career in crime after meeting Reader.Branded The Master - and a Gentleman Thief - Brian Reader is a true character from the old school of British crime.This book marks the end of the era of big set-piece raids that captured the public imagination.At the age of 71, Reader masterminded a break-in at Mayfair jewellers Chatila, containing safes holding more than GBP40 million worth of jewellery.Charting his criminal career from his first arrest at the age of 11, ONE LAST JOB recounts Reader's dry run for the Hatton Garden job in unprecedented detail.EXCLUSIVE interviews with the friends and associates of Brian Reader - Britain's most prolific and enigmatic thief, linked to crimes worth GBP150m.

Forfattere
Bibliotekernes beskrivelse Branded The Master, Brian is among the last of the old school of British crime. At 71, Reader masterminded a break-in at a Mayfair jewellers containing more than GBP40 million worth of jewellery. Charting his criminal career from his first arrest at the age of 11, this book recounts Reader's dry run for the Hatton Garden job in unprecedented detail.