On the Trail of the Saucer Spies 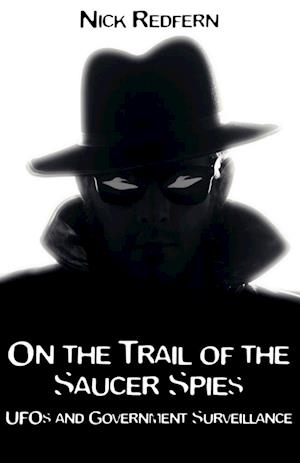 The Government knows all about UFOs. And it knows all about you, too. It isn't paranoia if you think "they" are watching you: they really are! Nick Redfern's timely new book, "On the Trail of the Saucer Spies: UFOs and Government Surveillance," reveals that Government, Military and Intelligence agencies have been secretly spying on UFO researchers, writers, investigators, and witnesses for decades -- and for countless reasons. If you've been watching the skies, or watching those who have been watching the skies, the government may have been watching you! Highlights of this groundbreaking book include: the FBI's reports on people who claim to have met extraterrestrials; Top Secret surveillance of alien-abductees; the real-life Men in Black who spy on UFO witnesses; phone-tapping and mail-interference of UFO researchers and authors; Scotland Yard's secret monitoring of UFO computer-hackers; classified files on researchers of the famous Roswell crash of 1947; official infiltration of Flying Saucer research groups; UFO writers suspected by the Government of working for hostile nations to uncover defense secrets; and much more. No one involved in the UFO mystery can afford to ignore this book. Nick Redfern is one of the world's foremost authorities on UFOS. His previous books include A Covert Agenda; The FBI Files; Cosmic Crashes; Strange Secrets (with Andy Roberts); Three Men Seeking Monsters; and Body Snatchers in the Desert. He has written for Military Illustrated; Eye Spy; Fate; Fortean Times; Phenomena Magazine; and the London Daily Express newspaper. He runs the American office of the British-based Center for Fortean Zoology.