On the Origins of Gender Inequality

- Huber, J: On the Origins of Gender Inequality 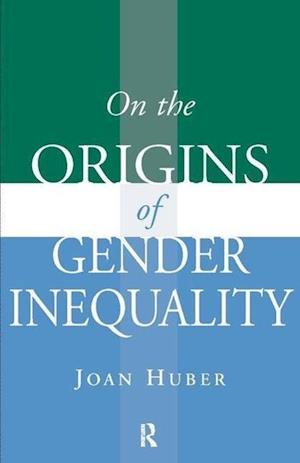 In our fast-paced world of technology and conveniences, the biological origins of women's inequality can be forgotten. This book offers a richer understanding of gender inequality by explaining a key cause-women's reproductive and lactation patterns. Until about 1900, infants nursed every fifteen minutes on average for two years because very frequent suckling prevented pregnancy. The practice evolved because it maximized infant survival. If a forager child was born before its older sibling could take part in the daily food search, the older one died. This practice persisted until the modern era because until after the discovery of the germ theory of disease, human milk was the only food certain to be unspoiled. Lactation patterns excluded women from the activities that led to political leadership. During the twentieth century the ancient mode declined and women entered the labor market en masse. Joan Huber challenges feminists toward a richer understanding of biological origins of inequality-knowledge that can help women achieve greater equality today.

Forfattere
Bibliotekernes beskrivelse This book finds a richer understanding of the origins of gender inequality by bringing biological factors into the debate.