On the Edge of Eternity

- The Antiquity of the Earth in Medieval and Early Modern Europe 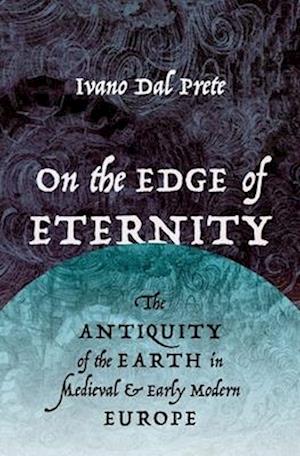 It is commonly assumed that the creation story of Genesis and its chronology were the only narratives openly available in medieval and early modern Europe and that the discovery of geological time in the eighteenth century came as a momentous breakthrough that shook the faith in the historical accuracy of the Bible. Historians of science, mainstream geologists, and Young Earth creationists alike all share the assumption that the notion of an ancient Earth was highlyheterodox in the pre-modern era. The old age of the world is regarded as the offspring of a secularized science.In this book, Ivano Dal Prete radically revises the commonplace history of deep time in Western culture. He argues that the chronology of the Bible always coexisted with alternative approaches that placed the origin of the Earth into a far, undetermined (or even eternal) past. From the late Middle Ages, these notions spread freely not only in universities and among the learned, but even in popular works of meteorology, geology, literature, and art that made them easily accessible to avernacular and scientifically illiterate public. Religious authorities did not regard these notions as particularly problematic, let alone heretical. Neither the authors nor their numerous readers thought that holding such views was incompatible with their Christian faith. While the appeal of theoriescentered on the biblical Flood and on a young Earth gained popularity over the course of the seventeenth century, their more secular alternatives remained vital and debated. Enlightenment thinkers, however, created a myth of a Christian tradition that uniformly rejected the antiquity of the world, as opposed to a new secular science ready to welcome it. Largely unchallenged for almost three centuries, that account solidified over time into a still dominant truism. Based on a wealth of mostly unexplored sources, On the Edge of Eternity offers an original and nuanced account of the history of deep time that illuminates the relationship between the history of science and Christianity in the medieval and early modern periods, with lasting implications for Western society.