On The Borders of State Power

- Frontiers in the Greater Mekong Sub-Region 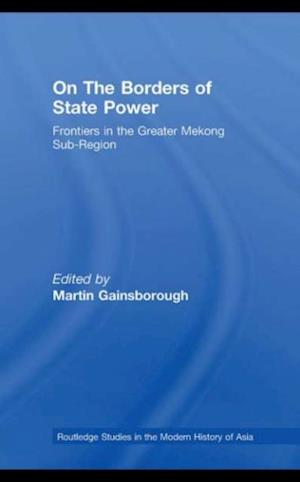 On The Borders of State Power explores the changing nature, meaning and significance of international borders over time in the area referred to today as the Greater Mekong Sub-region, incorporating Burma, Cambodia, Laos, Thailand, Vietnam and China's Yunnan province.An international line up of contributors examine the changing nature of borders over time, using examples from the 15th to 21st centuries and engage with contemporary literature on globalisation, particularly as it applies to borders and the nature of state power. What the book finds is that there is far greater diversity in terms of the importance of borders across time than is commonly thought. Thus, borders commonly thought to be closed are often more open, open borders are found to be more restricted, while pre-colonial frontiers, which are usually viewed as relatively unimportant compared with the colonial era, are in fact found to have been more closely governed. Looking at the contemporary period, the book shows how economic liberalisation - or so-called cooperation between the Mekong states in the post-Cold War period - has been accompanied not by the retreat of the state but rather by its expansion, including in ways which frequently impose greatest restrictions on the poor and marginalised.Incorporating work by both historians and social scientists this book is a valuable read for those interested in the politics, development and geography of Southeast Asia.