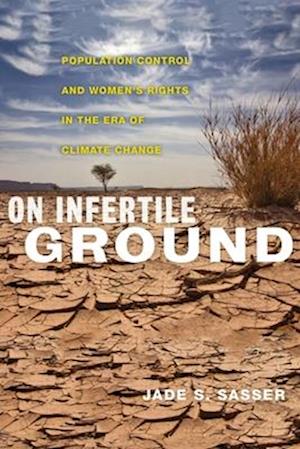 A critique of population control narratives reproduced by international development actors in the 21st century Since the turn of the millennium, American media, scientists, and environmental activists have insisted that the global population crisis is "back"-and that the only way to avoid catastrophic climate change is to ensure women's universal access to contraception. Did the population problem ever disappear? What is bringing it back-and why now? In On Infertile Ground, Jade S. Sasser explores how a small network of international development actors, including private donors, NGO program managers, scientists, and youth advocates, is bringing population back to the center of public environmental debate. While these narratives never disappeared, Sasser argues, histories of human rights abuses, racism, and a conservative backlash against abortion in the 1980s drove them underground-until now. Using interviews and case studies from a wide range of sites-from Silicon Valley foundation headquarters to youth advocacy trainings, the halls of Congress and an international climate change conference-Sasser demonstrates how population growth has been reframed as an urgent source of climate crisis and a unique opportunity to support women's sexual and reproductive health and rights. Although well-intentioned-promoting positive action, women's empowerment, and moral accountability to a global community-these groups also perpetuate the same myths about the sexuality and lack of virtue and control of women and the people of global south that have been debunked for decades. Unless the development community recognizes the pervasive repackaging of failed narratives, Sasser argues, true change and development progress will not be possible. On Infertile Ground presents a unique critique of international development that blends the study of feminism, environmentalism, and activism in a groundbreaking way. It will make any development professional take a second look at the ideals driving their work.