On Crime, Society, and Responsibility in the Work of Nicola Lacey 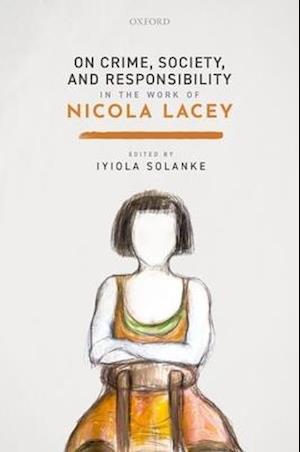 Few contemporary scholars have done more in their work to develop the idea of responsibility than Nicola Lacey. She ranks alongside thinkers and writers such as HLA Hart and Antony Honore in developing approaches to understanding responsibility. Like these authors, the influence of her work has spread beyond academia to change the perception of responsibility amongst practitioners. Both Hart and Honore have during their lifetime had volumes dedicated totheir work. This book does the same for Nicola Lacey, marking her ongoing influence and accomplishments in the common law world through a collection of essays by leading international scholars reflecting and interrogating her contribution to understanding criminal responsibility. Additionally, the book aims topromote the best legal scholarship on responsibility in the common law world and inspire the brightest legal scholars through a collection of essays designed to mark Professor Lacey's ongoing contribution to the understanding of criminal responsibility.The role of Professor Lacey's work in this area (as well as others) cannot be overlooked: her scholarship includes not only a prize-winning biography of HLA Hart himself but numerous articles and tomes on the subject, culminating with her most recent work In Search of Criminal Responsibility: Ideas, Interests, and Institutions (OUP 2016). This Festschrift, one of few common law publications to pay homage to the erudition of a female jurist, can be seen as a continuation of the themesin this book via reflection and interrogation of her work by leading scholars on the topic. The Festschrift will therefore not only be a celebration of her work but also an attempt to take forward intellectual engagement with the topic of responsibility by continued engagement with her ideas.Each author brings new ideas to bear on her work, touching upon important aspects of responsibility that are current in the scholarship: categorization, frameworks for understanding criminal responsibility and the relationships between them, women in criminal law, the history of criminal law, blameworthiness and ascriptions of responsibility, moral responsibility, the role of politics and political economy.Nicola Lacey is a School Professor of Law, Gender, and Social Policy. From 1998 to 2010 she held a Chair in Criminal Law and Legal Theory at the LSE; she returned to the LSE in 2013 after spending three years as Senior Research Fellow at All Souls College, and Professor of Criminal Law and Legal Theory at the University of Oxford. She has held a number of visiting appointments, most recently at Harvard Law School and the Australian National University. She is an Honorary Fellow of New CollegeOxford and University College Oxford; and a Fellow of the British Academy. In 2011 she was awarded the Hans Sigrist Prize by the University of Bern for outstanding scholarship on the function of the rule of law in late modern societies; and in 2018, an Honorary Doctorate by the University ofEdinburgh. In 2017 she was awarded a CBE for services to Law, Justice, and Gender Politics.