- A Story of Ancient Mysteries, Secret Lives, and the Lost History of the Pharaohs 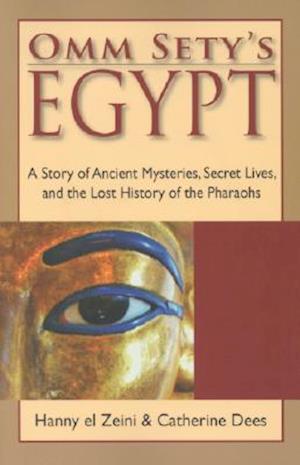 Revelations in Egyptology, based on the diaries of Dorothy Eady, better known as Omm Sety.Omm Sety, a brilliant, adventuring Englishwoman, worked under some of the greatest Egyptologists of the 20th century and "saw" into the past. Hers is a story of ancient love - of gods, pyramids, pharaohs and queens, and treasures that wait beneath the sand.In Omm Sety's Egypt, the authors present never-before-seen episodes from her truly incredible life, including important revelations about Egypt's lost history. Hanny el Zeini was her close friend during the many years she lived in the ancient holy city of Abydos. It was a friendship filled with star-lit evenings among the ruins of ancient temples, speaking of the mysteries of this land they both loved. Dr. el Zeini was her trusted confidant to whom she revealed her secret other life in 19th Dynasty Egypt. Shortly before her death in 1981, she gave him her diaries, which chronicled her life in two worlds. Drawing on Omm Sety's diaries and on hundreds of hours of recorded conversations and Dr. el Zeini's own writings, co-author Catherine Dees brings this extraordinary material together into a story that asks the reader to suspend disbelief and enter into the mystery that was Omm Sety.