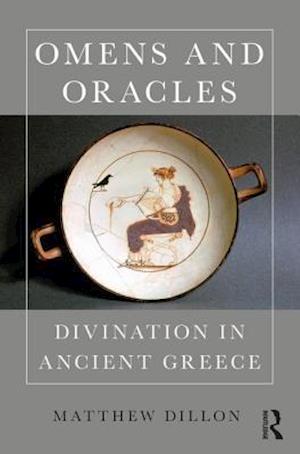 Addressing the role which divination played in ancient Greek society, this volume deals with various forms of prophecy and how each was utilised and for what purpose. Chapters bring together key types of divining, such as from birds, celestial phenomena, the entrails of sacrificed animals and dreams. Oracular centres delivered prophetic pronouncements to enquirers, but in addition, there were written collections of oracles in circulation. Many books were available on how to interpret dreams, the birds and entrails, and divination as a religious phenomenon attracted the attention of many writers. Expert diviners were at the heart of Greek prophecy, whether these were Apollo's priestesses delivering prose or verse answers to questions put to them by consultants, diviners known as manteis, who interpreted entrails and omens, the chresmologoi, who sang the many oracles circulating orally or in writing, or dream interpreters. Divination was utilised not only to foretell the future but also to ensure that the individual or state employing divination acted in accordance with that divinely prescribed future; it was employed by all and had a crucial role to play in what courses of action both states and individuals undertook. Specific attention is paid in this volume not only to the ancient written evidence, but to that of inscriptions and papyri, with emphasis placed on the iconography of Greek divination.