An Omelette And a Glass of Wine 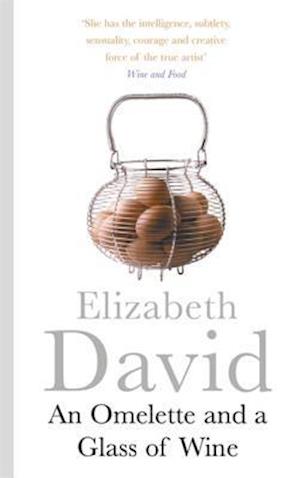 A classic in its genre, An Omelette and a Glass of Wine compiles Elizabeth David's short pieces on food and wine. A bestseller when it was first published in 1984, much of David's finest writing featured in magazines and newspapers such as the Spectator, the Sunday Times and Harper's, and these pieces contain tantalizing glimpses of her very private life. An Omelette and a Glass of Wine is an exquisite collection that demonstrates the talent that made Elizabeth David the most celebrated food writer of her time. 'She has the intelligence, subtlety, sensuality, courage and creative force of the true artist' - Wine and FoodElizabeth David rejuvenated the British attitude towards home cookery and is still considered to be one of the greatest food writers ever. She wrote extensively on food and wine and her enthusiasm for European cooking encouraged a revolution of the British culinary scene. Her books have remained influential since her death in 1992. This final compilation has been put together by her literary executor, Jill Norman.

Forfattere
Bibliotekernes beskrivelse Demonstrates the talent that made author the most celebrated food writer of her time.