- The Story of Mary Decker and Zola Budd 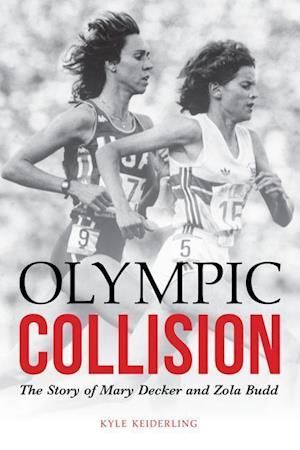 It remains one of the most memorable moments in modern Olympic history. At the 1984 summer games in Los Angeles, a raucous crowd of ninety thousand saw their favorite in the women's 3,000-meter race, Mary Decker, go down. An audience of two billion around the world witnessed the mishap and listened to the instantaneous accusations against the suspected culprit, Zola Budd.

Just seventeen, the South African Budd had already been the target of a vicious and vocal campaign by the antiapartheid lobby after she transferred to the British team in order to compete at the games. Decker, at twenty-six, was America's golden girl, ready to overcome years of bad luck and injuries to rightfully take the Olympic gold for which she had waited so long. With three laps to go, Decker and Budd's feet became tangled. Decker went down and didn't get up, wailing in primal agony as her gold medal hopes vanished. Decker's stumbles continued in the race's aftermath when she refused Budd's apology and race officials found her, not Budd, at fault for the collision. Although both women found success after the Olympics, neither could escape the long shadow of the infamous event that forever changed both of their lives and defines them in popular culture to this day.

Olympic Collision follows Decker and Budd through their lives and careers, telling the story behind the controversy; the account that emerges is certain to revise the view Americans, in particular, have held since that fateful day in Los Angeles more than thirty years ago. Olympic Collision relives one of the most famous incidents in Olympic history, its legacy, and what has happened to both athletes since.