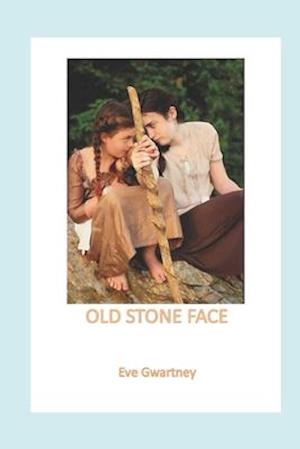 Two young Danish indentured sisters, Maren and Britta Iversen, become wise beyond their years, and Maren must decide for herself if forgiveness is real. Winner 2019 Independent Book Award and Reader's Favorite 5 Star. Hanna sadly indentures her daughters, Maren and Britta, to Agner Estridsen, a wheat farmer in Denmark. He and his wife, Alia, live comfortably with their good fortune of land and prestige until a mishap rocks their comfort zone. Each day, the sisters retreat into a world of imagination prompted by a stone (Old Stone Face). The old stone becomes an object of creative thought and play, soothing the harsh reality in which they live. They long for it to rescue. Release from bondage is in the forecast for Maren, but not for Britta. The forest will find a different place for Britta. Dansel, their friend and mentor, must live in a world of deceit and despair, but she can heal the girls' wounds of servitude. Britta unfurls her philosophical thoughts and questions at Dansel who is wise to the world. Vike is a bully torn between the way he is and the way he should be. Maren's world falls apart because of the actions of Vike, and her sense of security is compromised, but Dansel is willing to help her just as Maren is willing to help Dansel. Though Vike pleads for forgiveness for his foolish act that changes lives forever, there is a glitch in his sincerity. Will Vike become a better person or more deviant because of what he did? Maren's brother, Eric, leaves his apprenticeship to step in and seek justice for the family. Compromises are reached, and lives become enriched yet challenged. Love takes on surprising blooms as freedom is gifted to Dansel and Maren. Eric faces challenges with his attitude, and Maren faces challenges with her heart. The sea is forever theirs, never to escape from it: wonderfully beautiful but a notice of their loss. Old Stone Face is a coming of age tale set in a historical Scandinavian setting. A variety of themes are woven throughout: friendship, love, compromise, education, bullying, gentrification, consequences, justice, addictions, integrity, selfishness, determination, courage, self-reliance, sickness and healing, personal responsibility, imagination, forgiveness, redemption, traditions, legacy, and family.