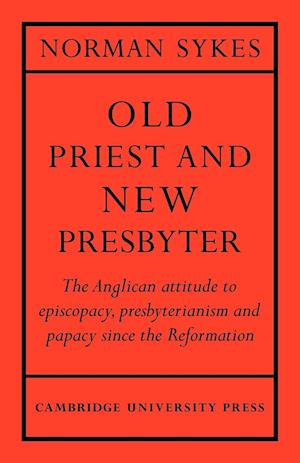 In this book Professor Sykes considers the Anglican attitude towards episcopacy, presbyterianism and papacy since the Reformation, with special reference to the Churches of England and Scotland. He begins by examining the Elizabethan rationale of 'the godly prince and the godly bishop', and then describes the aggressive presbyterian movement, in England and Scotland, and its effect upon the ecclesiastical settlements in the two churches. He considers the influence of this movement on Anglican apologetic for episcopacy during the late sixteenth and early seventeenth centuries; and the evidence of fraternal relationships between the Church of England and foreign Protestant churches, and particularly for the reception of their ministers for service in the Church of England without episcopal ordination.