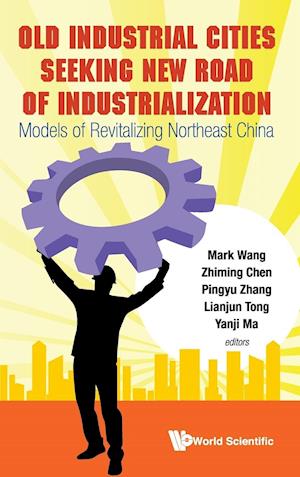 This book aims to investigate how cities in China's rust belt restructure their urban industries and economies. Over the years, China's "economic miracle" has been mainly attributed to rapid development in its coastal region, where the majority of research into the country's development has originated from. Development in the rest of China seems to be attracting relatively scant research attention, especially in China's rust belt. In fact, the urban industrial restructuring process is an ongoing process in inland China, notably in the recent decade in terms of the scope, scale and speed of restructuring.The old industrial cities in northeast China (Manchuria) were the cradle of China's industrialization and had significantly contributed to the industrialization of the nation during the Mao era. Deng's open door policy and economic reform disadvantaged the region and left it behind others. In the context of market economy and competition from rapidly growing coastal areas, northeast China became the burden to China's overall economic development. With a high concentration of state-owned heavy industries, cities in this region suffered from heavy losses in revenue and massive layoffs of millions of former state-owned enterprise workers, known as the "Northeast Phenomenon" or "Neo-Northeast Phenomenon". The once towering economic giant was down. Such a "phenomenon" is not uncommon in other "rust belt" regions in industrialized economies.However, since the implementation of the Chinese Government's "Revitalisation Strategy of Northeast China" in 2003, cities in northeast China have gone through various transformations. Their recent economic performance has made many Chinese economists predict that northeast China will become China's new growth engine and catch up with the economic performance of other prosperous regional economies such as the Pearl River Delta, Lower Yangtze River Delta and Beijing-Tianjin region.This book investigates how cities in northeast China are shaking off their economic disadvantages and implementing various forms of restructuring in their industries. The authors identify six different reindustrialization models, namely Shenyang Tiexi Model - repacking old industries; Dalian Model - beyond the China's coast development model; Daqing Model - extension of industrial chain; Fuxin Model - modern agro-processing saved the coal mining city from "ghost town"; Jilin city - low carbon-oriented model; and Central Liaoning Urban Cluster Model - negotiated/agreed industrial division. All these models will be explained through analysis of their approaches, key actors, and mechanisms.

Forfattere
Bibliotekernes beskrivelse Intends to investigate how cities in China's rust belt restructure their urban industries and economies. This book also investigates how cities in northeast China are shaking off their economic disadvantages and implementing various forms of restructuring in their industries.