Oil, Wine, and the Cultural Economy of Ancient Greece

- From the Bronze Age to the Archaic Era 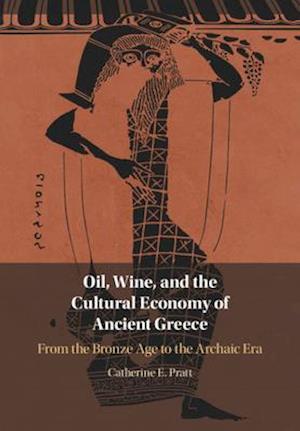 In this book, Catherine E. Pratt explores how oil and wine became increasingly entangled in Greek culture, from the Late Bronze Age to the Archaic period. Using ceramic, architectural, and archaeobotanical data, she argues that Bronze Age exchange practices initiated a strong network of dependency between oil and wine production, and the people who produced, exchanged, and used them. After the palatial collapse, these prehistoric connections intensified during the Iron Age and evolved into the large-scale industries of the Classical period. Pratt argues that oil and wine in pre-Classical Greece should be considered 'cultural commodities', products that become indispensable for proper social and economic exchanges well beyond economic advantage. Offering a detailed diachronic account of the changing roles of surplus oil and wine in the economies of pre-classical Greek societies, her book contributes to a broader understanding of the complex interconnections between agriculture, commerce, and culture in the ancient Mediterranean.

Forfattere
Bibliotekernes beskrivelse This book is for readers interested in both ancient history and the history of olive oil and wine. Readers will appreciate this book's in-depth account of the cultural economy of the Greek Bronze and Iron Ages through the lens of olive oil and wine as integral aspects of social and economic exchange. Worked examples or Exercises