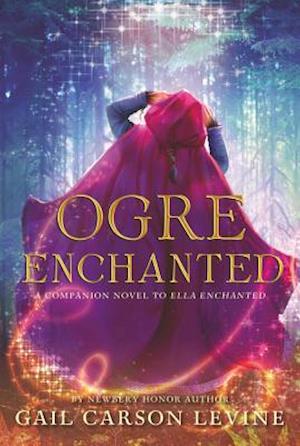 Set in the world of the Newbery Honor-winning Ella Enchanted, this tale by beloved author Gail Carson Levine stars a clever heroine who is determined to defy expectations-and outwit a fairy's curse.Evie is happiest when she is healing people, diagnosing symptoms and prescribing medications, with the help of her devoted friend (and test subject) Wormy. So when Wormy unexpectedly proposes to her, she kindly turns him down; she has far too much to do to be marrying anyone. And besides, she simply isn't in love with him. But a certain meddling fairy named Lucinda has been listening in, and she doesn't approve of Evie's rejection. Suddenly, Evie finds herself transformed from a girl into a hideous, hungry ogre! Stuck in this new and confusing form, Evie now has only sixty-two days to accept another proposal-or else be stuck as an ogre forever.